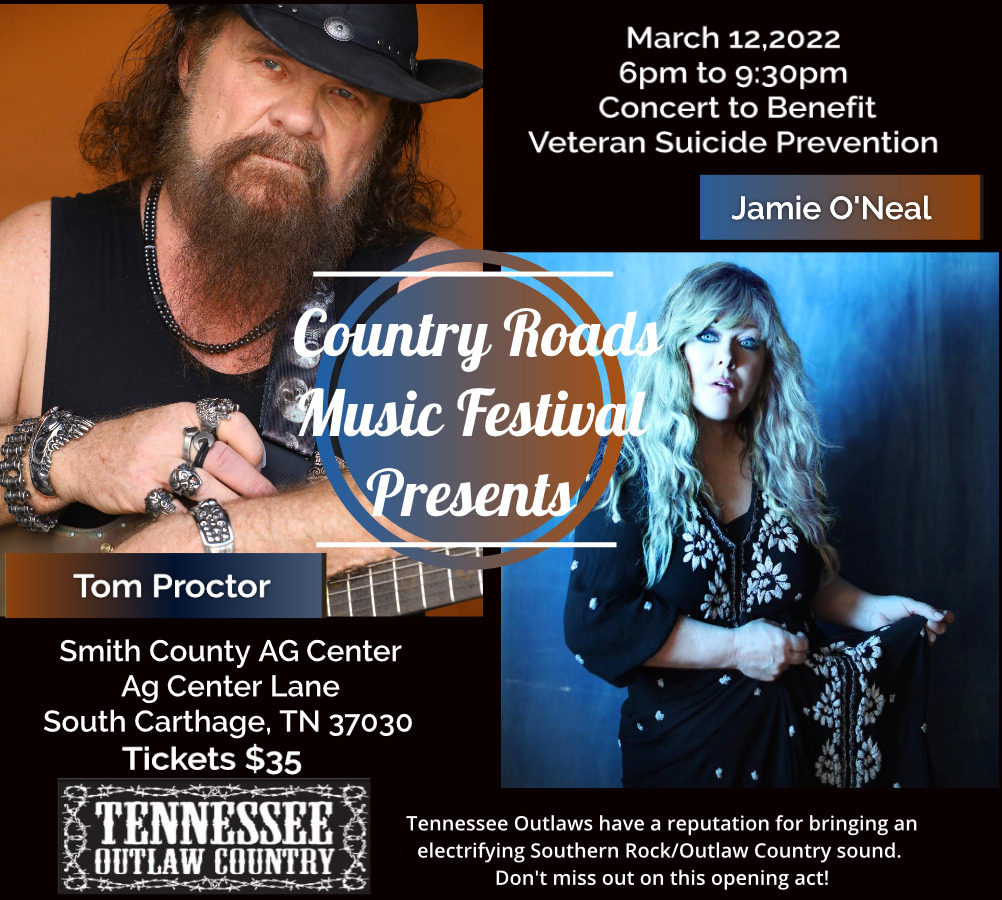 This will be a night you will never forget. Jamie O’Neal, Tom Proctor and Tennessee Outlaws will raise much needed funds for out veterans.

Jamie O’Neal is coming to us straight from Nashville, Tennessee. Jamie  is a platinum-selling country singer and hit songwriter that became a household name in 2001 with her back to back #1 singles, “There Is No Arizona” and “When I Think About Angels.” Multiple hits followed, including “Shiver,” “Trying To Find Atlantis” and “Somebody’s Hero,” Jamie caught fire. She earned numerous career accolades (including multiple Grammy nominations) She’s an ACM and Billboard Award winner. You will love her!

Tom Proctor is best known for his work in Hollywood. He has appeared in over 100 movies and TV Shows, such as Guardians of the Galaxy, Nashville, 12 Years a Slave and many, many more. The Tom Proctor Band has brought Outlaw Country back. Tom has a hit single out right now “47 Harleys”, and is fresh back from Nashville from recording a new album. Tom is a Veteran, and has been actively raising money for our Veterans. He has lost more than a few to suicide, and has pledged to dedicate much of his time to this important cause.

Tennessee Outlaws have a reputation for bringing an electrifying Southern Rock/Outlaw Country sound. They will bring a powerhouse performance.

This concert will leave you speechless, and what an incredible venue, Smith County AG Center – Carthage 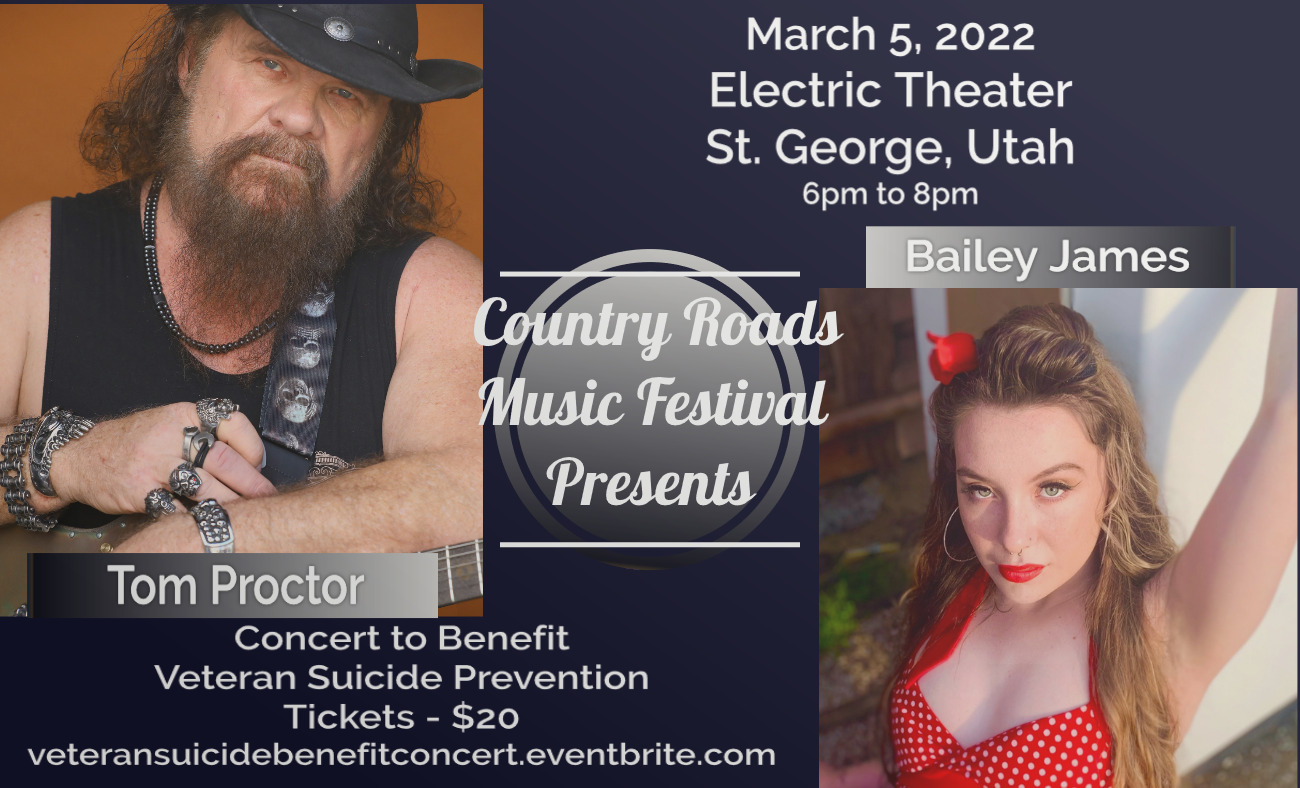 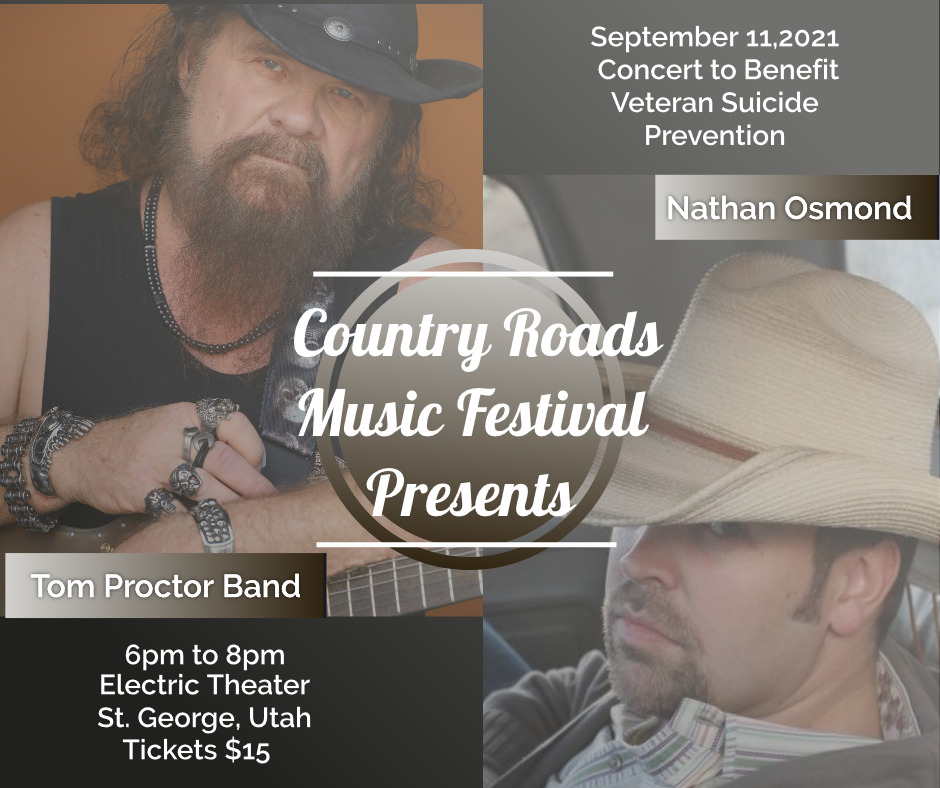 Tom Proctor is a singer-songwriter that recorded his first album at Dark Horse Studios in Nashville. He entered the album in KDUB Country Music Awards and won Songwriter of the Year and Best Single of the Year. Tom made his living as an actor, always playing the cowboy/biker bad ass that rings very true to the soul of who he is. Always the bad guy in every slave movie, 12 Years a Slave, Roots. Underground and Birth of a Nation. As well as blockbuster hits like Guardians of the Galaxy, Battle of Buster Scruggs and the television series Nashville. Recently his music came together with his acting roles,  where he played a bad ass country singer protecting his territory in the movie Blue Ridge. He has also written songs for other movies that are currently in production.
His band has played with the Rio Virgin Band and backed up the contestants for the Jimmy Dean country music competition for 16 years. They have played jazz, classic rock and shared the stage with various artist such as: Carrie Underwood, John Michael Montgomery, Terri Clark, Julianne Hough, Jo Dee Messina, Justin Moore, Maynard Ferguson, Bob Mintzer (Yellowjackets), Deana Carter, Travis Tritt, and Tracy Clark to name a few. Tom recently returned to Nashville to record two more albums that are soon to be released. Now the Tom Proctor Band is ready to rock the world of Outlaw Country.

Nathan Osmond is making a name for himself in the Country Music world with four consecutive #1 hit singles on various Country charts. He’s shared the stage with such names as Carrie Underwood, Chris Young, Martina McBride, Lonestar, Alabama and more. He was recently nominated as “New Artist of the Year,” “Male Vocalist of the Year” and “Country Breakthrough Artist of the Year” by the New Music Awards in Los Angeles. His music videos are seen on CMT & GAC and his new single “Welcome To The Party” hit #21 on the charts. He recently recorded a NEW album titled “Homeward Bound Heroes” featuring duets with Country Music legends Collin Raye and Linda Davis. Nathan recently shared the stage with a slew of artists from Easton Corbin to Trace Adkins. He is the second oldest of eight boys. He is the son of Suzanne Osmond and pop icon Alan Osmond, of the performing group, The Osmonds. “Favorite nephew of Donny & Marie!”

On top of his musical talents, Nathan was also selected as one of the Ten Outstanding Young Americans of 2013 by the United States Junior Chamber (The JAYCEES) for his musical achievements and humanitarian efforts. He just won Music Video of the Year at the Filmed In Utah Awards, the first-ever Utah Music Award in the Country category and the first-ever John C. Maxwell Leadership Award 2014 in the category of Arts & Entertainment. The Utah County Veterans Services Organization just awarded him with the “Entertainer of the Year” Award this year because of all the work he does to support the troops. He is a gifted public speaker and travels the globe helping both individuals and corporations to step into their greatness. He also just launched OsmondHomeLoans.com Part of the Elite Team at Security Home Mortgage and is saving the world one mortgage at a time! He stars in a new movie called, “Even In Dreams” as himself which is hitting theaters this year. His new song, “All In” is now available on iTunes. Learn more at www.NathanOsmond.com 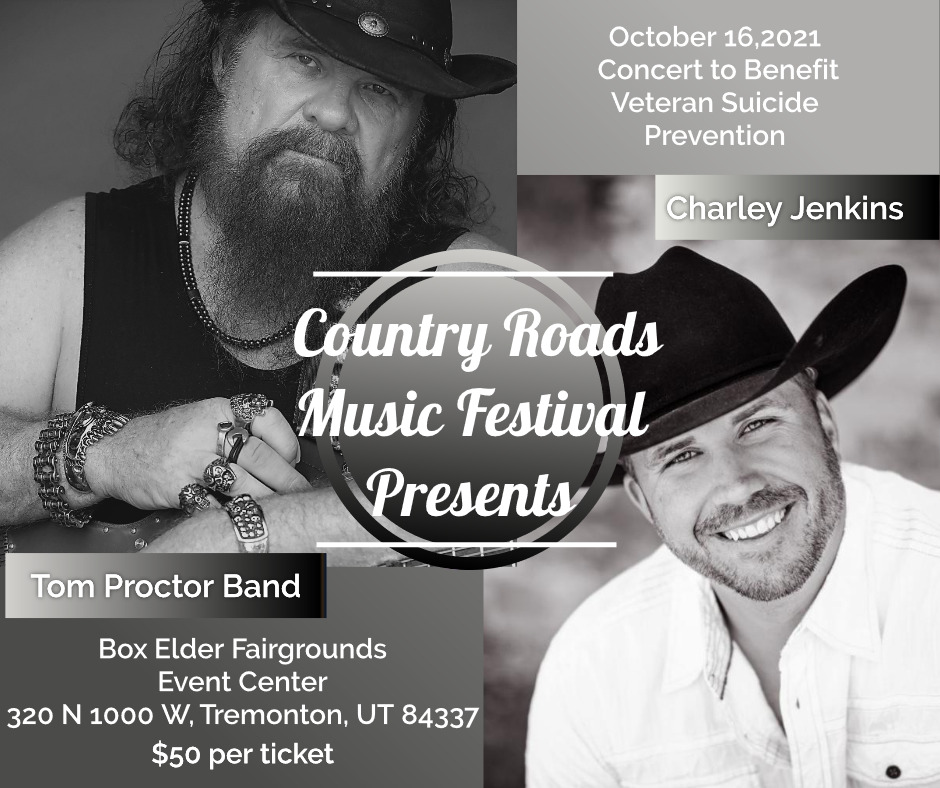 “Born country?” Exactly!!! Charley Jenkins has country roots that run deep. He was raised on a farm in Eastern Utah where he learned how to rope, ride and work hard. Life on the Jenkins farm revolved around cows, horses and of course rodeo. Country music is all about a real cowboy’s life like Charley’s. “Country is who and what I am. It is only natural for me to sing the songs that I love and relate to.” Charley’s first album, Greatest Hours was written and produced by Charley with the help of his friend, Jordan Allen. With the success of this album and some personal advice from George Strait, Charley decided to push his career to a new level.

In the summer of 2001 Charley loaded up his truck with everything he owned and headed off to Nashville, Tennessee. It didn’t take him long to get his foot in the door in the country music industry. Charley was soon working on Music Row for a song writing publishing company. It was here that Charley learned the “ins and outs” of the country business. He became personal friends with a number of Nashville “greats.”

While in Nashville Charley released his second album titled, Round Here. He wanted this album to show who he is and what his music is all about. The title, Round Here was so fitting. Charley is proud of where he is from and the people who have influenced his life. It was this love that brought Charley back home in the summer of 2004 to help with the farm and to be with his family and his father who was battling cancer. “Coming home was an easy decision for me, and I will never regret it.” The Round Here album is a tribute to his father and he personally wrote the song, “Hero At Home” for him. With the overwhelming success of the Round Here album Charley recorded and released his third album in August of 2007 titled Ridin’ and his fourth in September 2009 titled Hold On. Each album reflects a true look into a country boy’s life with song titles such as “Duct Tape and Bailing Wire”, “Country Music”, “Right Where I Belong”, “Hold On” and “Rodeo Clown”. Charley is also excited to announce the release of his fourth album set to release June 2013.

In the summer of 2008 Charley was selected out of 45,000 contestants to be one of 12 finalists to compete on Nashville Star which aired on NBC. He was also invited to be interviewed and sing on the nationwide popular Today Show in New York City.

Top Nashville writer, Tony Martin who has written 12 number one songs such as “Third Rock from the Sun”, “Just To See You Smile”, “Living and Living Well”, and “Time Is Love” said this about Charley’s album. “I love Charley’s album, but it upset me that the song I love the most, ‘As Long As I’m With You’, is one I didn’t write; Charley did.”

Charley’s career has been gaining tremendous momentum as he has opened for many top 20 country headliners including LeAnn Rimes, Alan Jackson, Lonestar, Montgomery Gentry, Kellie Pickler, Taylor Swift, Josh Turner and many others. Charley has sung country music for tens of thousands. He has an unusual ability to customize his show to fit the personality of any crowd. Dan Truman of Diamond Rio says this, “Charley Jenkins’. He’s great! He’s real, and he’s full of energy and passion.” That’s what Charley is all about.

Out of 45,000 contestants Charley was a top 12 finalist on NBC’s hit show Nashville Star. With that as well as a performance on the Today Show, Charley’s career has gained tremendous momentum. He has opened for many of Country Music’s top headliners, including Reba McEntire, Florida-Georgia Line, LeAnn Rimes, Alan Jackson, Lady Antebellum, Jason Aldean, Taylor Swift, Josh Turner and many others.

Charley has a unique ability to customize his show to fit the personality of any crowd thus providing him the opportunity to perform for thousands of people. Dan Truman of Diamond Rio said “Charley Jenkins…He’s great, he’s real and Country Music needs Charley!” 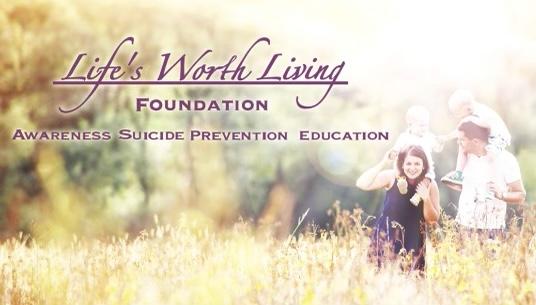